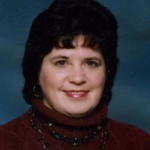 How long have you served on the board?
I was elected to the board in 2009 and then became Vice President in mid-term when Kat Aguiar resigned and left for Brazil. I was recently elected to a second term.

What particular “talent” or interest do you bring to the board? I am a classical free-lancer and joined to represent those of us recently displaced ex-members of the Cincinnati Ballet Orchestra.  I also spent many years in the North Carolina Symphony where we fought an uphill battle in being union musicians in a right-to-work state.  I’ve seen enormous growth in the professionalism of being a musician. Since web design is one of my skills and interests, helping design the new afm1.org website was really exciting!

How old were you when you joined the union?  I first joined Local 500 (Raleigh, NC) after I graduated from college in 1970, and in 1987 I transferred my membership to Local 1 when I moved to Cincinnati. I was 21!

What kind of music do you play? I’m classically trained and also have a special interest in performing “historically informed” baroque music on original flutes, or copies.

Are any of your family members musician? My husband, James, is associate principal bass with the CSO and my son, Colin, recently graduated from Roosevelt University’s Chicago Conservatory of Performing Arts with a Masters in Cello Performance. My mother was an organist and pianist and we often played together when I was growing up. I loved having a built-in accompanist and I always remember hearing music in our house.

What interest or talent do you have that would be surprising to our members?
I do energy healing- I’m certified in Healing Touch and became a Registered Craniosacral Therapist in 2001.

What part of town do you live in? We’ve lived in Westwood for 26 years- the longest I’ve lived in one place!

State of the Union:

What are you most proud of doing in your time on the board?Since I’ve been on the board we have revised the Wage Scale, updated the Membership List and moved to a new and more pleasant office space. All these things have been rewarding to do, but I most enjoyed my participation in the major Constitution revision. We examined every last word and made sure every aspect was saying exactly what we want it to. I was so impressed with those who served on that committee and their dedication through many hours of meetings.

How have you seen the union change since you joined?  Since i joined in 1971 the change as it affected my life has been dramatic. I saw my first job go from a 25 week a year, $125 a week income to a full-time, good-paying job with pension, health benefits, rehearsal and travel conditions and a growing respect for the musician as a bargaining unit. We couldn’t have done this without having the union behind us to form a collective bargaining unit.

What are the union’s biggest challenges? Sadly the economic climate of the country has been detrimental to growth in our chosen profession. Many of our orchestras have taken huge steps back to the “old days” and some of the managements have decided that bargaining with a union is an antagonistic relationship. As to free-lance work, much of this has dried up and there is much less hiring going on. We have been flexible in working with these conditions, which was and is important to continuing.

What is your vision for the union in the coming years? Sadly, there seems to be a trend toward undoing a lot of what the last 40 years of unionism has been about. For all those years we were striving to make being a “musician” an honorable, professional and, while not lucrative, more in keeping with our training and skills. The anti-union attitude pervasive today is eroding these strides we’d made, and I am determined to make being a union member an honorable and honored membership. When I joined the board I lobbied to have the term “casual” musician changed to “free-lance” musician- and it worked! Change the words, change the attitude, or so I hoped anyway!