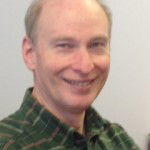 How long have you served on the CMA Board? I’ve been on the board for more than 20 years, first elected and serving from 1995-2009, then returning in 2010 until the present.

What particular “talent” or interest do you bring to the board?I am an avid music-goer of many local non-CSO concerts as well as being a member of Matinee Musicale’s board.

How old were you when you joined the union? I was a college freshman- not saying when that was!

What locals have you belonged to? Local 1 since 1978, joined Local 6 (San Francisco) 1976, and belonged to Charleston WVa local also.

What instrument (s) do you play? Violin, Viola, piano, organ PLUS he’s a singer and a vocal coach; he’s a man of many talents

What kind of music do you play? Mostly “classical” and dinner music.

What interest or talent do you have that would be surprising to our members? I’m not sure if he had his tongue in his cheek when he answered this, but he says he plays the zither and tap dances. I wouldn’t be surprised, but I need proof.

Are any of the rest of your family musicians? My brother plays the organ at a church in Kenwood.

The State of the Union:

What are you most proud of doing while on the CMA Board? I was Gene Frey’s right-hand man and single-handedly organized, sold tickets and ran the Musician’s Ball for many years. (Don has since taken a break from this major activity and now has a life.)

How have you seen the Union change since you joined? I am concerned that there’s much less public interest in the music I have enjoyed playing for most of my life. I see more music events being CSO centered and less work for the free-lancer.

What are the Union’s biggest challenges? Keeping up with the public’s constantly evolving musical tastes and competing with the music available on radio and the internet.

What is your vision for the Union in the future?That we can encourage and provide services and jobs for all musicians, including rock musicians, who have been neglected