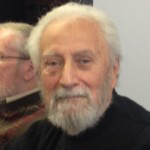 Michelle Francine (Himmell) Gwynne. Classical Pop and Jazz Harpist, scholar, teacher, daughter, and sister. Born September 13, 1957, Mt. Vernon, N.Y. dies September 25, 2016. Michelle was a graduate of the Miami Valley School, Case Western Reserve University, Cincinnati College-Conservatory of Music, Northern Kentucky University, and was one Lecture/Recital shy of a DMA from CCM. As a member of Musicians Union Local No. 1, the American String Teacher’s Association, Mu Phi Epsilon music sorority, and American Harp Society, Michelle played the harp from 1982 – 2000 at Covington’s revolving restaurant, then for 13 years at the Cincinnatian, many thousands of weddings and events, as well as numerous orchestras, ensembles, recording sessions, and many popular and jazz combos, including The Beach Boys, Three Dog Night, Dionne Warwick, Tom Scott, and others. She taught the harp and music at SCPA, NKU, Wyoming Fine Arts Center, and the Northern Kentucky School of Music. Michelle loved playing music with others, riding her horse, and traveling.

Edward, of Mason, formerly of Montgomery, Ohio, Brooksville, Florida, and Cleveland, Ohio, passed peacefully on September 6 from natural causes at the age of 92. He was preceded in death by his wife of 64 years, Lois Shannon, and survived by his children Laura, Tom and Jim, daughter-in-law JoAnn, grandchildren Leah and Paul, and great grandchildren McKinzie and Landon, all of whom visited his bedside during his final challenge. Born in Cleveland, Ohio, to Slovenian-American parents, Ed served on the USS Franklin aircraft carrier during WWII. He married his Collinwood High School sweetheart Lois while on shore leave. After the war, Ed toured with the Ray Anthony Orchestra and other big bands before settling down to raise a family in South Euclid, Ohio. He earned a mechanical engineering degree at Case Tech and worked for many years at Picker X-Ray and Liebel-Flarsheim. His career as a musician (saxophone and clarinet) brought joy to thousands, and most especially Eddie. In the 1950s he played weekly on the “Polka Varieties” live television program in Cleveland. He was inducted into the National Cleveland-Style Polka Hall of Fame in 2006. Moving to Southwestern Ohio in the early 1970s, he played with a variety of bands, including Maple Knoll and Jack Carr bands. Ed loved golf and boating, his family and his music. In “retirement”, Lois and Ed founded SS Specialties, a drafting-instruments company that they could manage from both Ohio and Florida, where they had a second home. Ed was a lifetime member of the musician’s union.

Earl “Si” M. Bruetting passed away Saturday, September 6, 2014 at the age of 89. Devoted husband of Dorothy R. Bruetting for 68 years who preceded him in death in July 2014. Loving father of Carol (Tom) Meyer and Dale (Jackie) Bruetting. Devoted grandfather of Jennifer Bruetting, Katie Mitchell, and Nicholas Meyer. Cherished cousin of Juanita Ehlman. After a long career in the chrome plating industry and moonlighting with his French horn, Si retired to a life of gardening and golfing.

Jerry Hagerty, a life member of Local 1, passed away May 26, 2014 in Pasadena CA. He was 88 years old.  Jerry played sax and clarinet and sang. His career included the Paul Dixon Show on WLWT-TV Channel 5, and the Pete Wagner Band. He attended CCM and during WWII served in the army.

Former member Robert J. Shaffer passed away May 20, 2014. Bob was a veteran of WWII, 87th Army Band (Ft. Knox); Music Director at the Covington Cathedral Basilica; Music Faculty at Thomas More College and Seminary of St. Pius X; Organist with the Cincinnati Symphony Orchestra and May Festival; commercial/jazz trombonist and pianist. His entire life was spent in the service of music, family, church, choir, and students. Visitation will be held at the Basilica (1140 Madison Ave. Covington KY 41011) on Tuesday, May 27 from 1:30 to 5:30pm. Interment will be on Wednesday, May 28 at 2:00PM at St. John Cemetery (1 St. John Road 41011).  All are welcome.

Former Local #1 member and pianist Frank Vincent passed away April 17, 2014. He was 76. Frank didn’t need an encore to impress jazz lovers. He performed in area clubs for over 50 years. When not playing with his trio here, he toured with R&B legend James Brown or jazz singers Mel Torme and Mark Murphy.Rick VanMatre, University of Cincinnati College-Conservatory of Music professor emeritus called Frank “one of the few jazz musicians that could truly be called a poet.”  VanMatre played often with Mr. Vincent until the pianist suffered a stroke in 2011. A 2002 Enquirer story called Mr. Vincent “one of Cincinnati’s musical treasures for many years.”

Frank Vincent was born, April 10, 1938, in Falconer, NY. An accordion player, he performed after high school with a country western group called the Western Heirs.

He later joined a lounge band and the group played the old Blue Angel in downtown Cincinnati in 1958. He stayed to study at CCM and collaborate with drummer Dee Felice.

Vincent’s trio had long running gigs throughout the area including the Playboy Club, Buccaneer Inn, Carousel Inn, and the Harley Hotel. Many members of the Local including Lou Lausche, Lynne Scott, Mike Meloy, Mike Sharfe, among others performed with Frank over the years. A memorial celebration will be scheduled for the future but there was no funeral per his request.

Catherine Lange-Jensen battled ovarian cancer for 3 years.  Her commitment to the orchestra, her family and her other love – cooking.  Even after a relapse in July she led the second violin section in the challenging music for the Cincinnati Opera summer festival.

Cathy’s life was a testament to her commitment to music and her tremendous gifts as a violinist.  She once recalled a pivotal moment when she first heard Brahms’ Second Symphony at the young age of thirteen.   From that moment on, she said that she knew music needed to be her lifelong career aspiration.  This dream was realized through passion and talent, but also hard work and study.  As a student at the renowned School of Music at Indiana University, she was coached by the legendary cellist Janos Starker and performed as concertmaster under the baton of Leonard Bernstein while he was in residence there.  In 1984, she auditioned and was accepted into the Cincinnati Symphony Orchestra.  She spent the next 29 years performing with this world-class ensemble. During her career she appeared on more than 100 Telarc discs as well as performing as soloist and playing with the CSO Chamber Players.  She spent almost as many years serving as the orchestra’s associate principal second violin, performing regularly under such great conductors as Jesús López Cobos, Paavo Järvi, and Eric Kunzel.

Cathy was a founding member and first violin for the Rine Quarter and the Patricia A. Corbett String Quartet in Residence at Northern Kentucky University from 2010-13.  When the quartet residency ended she continued teaching at NKU.

Cathy was born in St. Louis and began studying violin at age 5 with her mother.  By age 8 she was a student of John Kendall, a pioneer in the Suzuki violin method in the United States.

William Dell, 81, of Blue Ash. Devoted husband of A. Jean (nee Schatzman). Loving Brother of Bettie (Paul) Rairden and the late Ernestine (Bill) Turner. Dear Brother-in-law of Dorothy and Derrel Santee, and the late Sally (Ray) Ader. Loving father of Cheryl (Mitchell) Wilson, Peggy Stratmann, Amy (Steve) Schmidlin the late Louis Dell and Hank (Michele). Loving Grandfather of Michael ( Betty ) Carter, Michael (Andreia) Stratmann, Ramey Stratmann, Mitchell Wilson and Andrew, Kate and Matthew Schmidlin. Beloved Great Grandfather of June, Melinda, Haley and Brianna. He is also survived by many dear nieces and nephews. He passed unexpectedly and peacefully December 4, 2013 at home. He was a lifelong musician and never stopped loving making music. He was a graduate of Deer Park High School, served in the Army, and was a graduate of University of Cincinnati’s CCM. His employment history includes Baldwin Piano Co. and he retired from Buddy Rogers Music where he was the head of School Sales. He played with the Banjo Brothers with Brass for many years at Zimmer’s Restaurant and many other local bands and orchestras. He was a longtime member of the Cincinnati Classical Guitar Society. Most recently he enjoyed playing with the New Horizons and the Dixielanders Bands.  Bill has been a friend and

Allen Martin was an ardent musician who performed for 31 years as a violist with the Cincinnati Symphony Orchestra. After his retirement, he cheered the orchestra enthusiastically from his seat in Music Hall. Every week he gave away concert tickets so others could share his joy.

“He was evangelistic about the CSO,” said his wife, Judy Martin, also a retired violist in the orchestra.

Mr. Martin, of Mount Washington, died Tuesday, October 15, 2013 at Christ Hospital of complications from a stroke and heart disease. He was 85.

Mr. Martin was born in Cleveland in 1927. At the Cleveland Institute of Music while studying the violin, he took up the viola. He studied with Abraham Skernick, then-principal violist of the Cleveland Orchestra.

Mr. Martin performed with the orchestras of Akron, Canton and Erie, Pa., and worked in factories, including Heinz Ketchup, before winning an audition with the CSO in 1964. He was with the CSO when it took a 10-week around-the-world tour in 1966 under Music Director Max Rudolf.

Mr. Martin played with the orchestra on five international tours and accompanied his wife on later tours. He was a diligent and exuberant musician who always “gave his all” and had a wonderful sound, said his wife.

He retired from the orchestra in 1995 but continued teaching students privately. Since 1947, he taught hundreds of violinists and violists.

Mr. Martin met his wife in 1967 when the Cincinnati Opera needed two extra players for Strauss’ “Der Rosenkavalier.” During the next season, as both were playing in the orchestra while they courted, maestro Rudolf told the couple “to keep our minds on the music,” Judy Martin said. They married two years later.